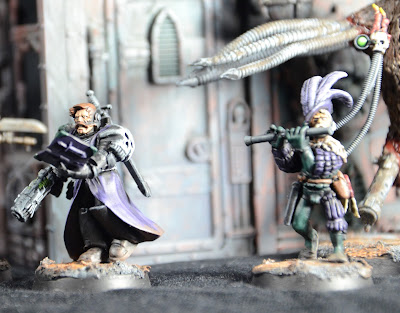 Tarralax heard the hiss of the airlock behind him. He strode into his study, staring out the viewport into the inky darkness of space. He sighed. The tension was high.

The spread had been powerful, and powerful spreads had a tendency to be tricky. But it had seemed fairly clear to Geiger and Tarralax had managed to follow along fairly well.

It was a classic skull and sword spread. On the skull, there was the 7 of swords on the brow of the skull and Emperor card himself in the right eye. His target was running, but the emperor's own eye was on him. The 7 of swords usually represented the astra militarum. If that might was being mobilized, the Thorn Moons was about to turn into a warzone. He would need to get in and get out.

The sword had the Divine Cog (reversed) at the tip, the Heretic on the hilt and Terra (reversed) on the blade. There were deadly forces here and they appeared to be directed by a servant of the arch enemy.

The number of major arcana alone would have given him pause. But there were too many important cards reversed - limiting their natural nature or showing wild flux in states. Something sinister was at work.

As a mentor and friend, there was no one that Tarralax trusted more than Geiger. And yet Tarralax had kept one secret from his friend. Over the years of peering over Geiger's shoulder, he had come to realize that the lowly four of acquilas represented himself. It wasn't an obvious comparison - he was an Inquisitor of the Ordo Hereticus and the card showed hive scum dragging a barrel of water across the wastes. Yet he was sure in his heart that card was him. It reminded him that he was but one servant of his Emperor, toiling thankslessly. Knowledge was power and this type of knowledge would be deadly in the wrong hands.

But not knowing the personal connection, Geiger had not picked up on the significance of the card in the spread. The four of acquilas had been placed in the jaws of the skull.

The Emperor's Tarot had shown him that the most likely future was that he wouldn't make it out of the Thorn Moons alive.

He sighed. If things were going to be that dire, poor Geiger would likely have to wake up his cybear Bart from stasis. Bart was dying and there were only so many more times he could be let loose before he would perish. Tarralax sighed. He was worried for Geiger when Bart finally died.  It was his last tie to Marcus - it could unhinge the man.

There was nothing to be done. He was barrelling down into a trap that might end him and his friends.

It didn't shake his resolve. Death is a certainty.

Death in the service of the Emperor? A privilege.
Posted by Kihriban at 2:01 PM